This technology also exists in nature as bats and dolphins use the same technology to navigate. If you want to come home with a big catch after a fishing trip, you should learn how an echo sounder works and how to read a fish finder. It can make a big difference.

An echo sounder transmits a sound pulse into the water, and when this hits something solid such as vegetation, fish or other objects in the water, the signal is reflected back to the surface. As this sound moves through the water at a set speed, the echo sounder can calculate how long it has taken for the sound to reach the object and then back again. These measurements can tell you how deep the water is, and other information about objects in the water. The echo sounder also measures the strength of the return pulse, the greater the strength, the harder the object. Echo sounders are used to read the structure of the sea floor and are a big help in locating the type of fish you are looking for.

Echo sounders scan with signals transmitted in a cone shape, and this needs to be factored in when interpreting the information on the screen. A fish that appears to be right under the boat on the screen can actually be a bit further down, depending on the depth. The deeper the water, the larger the cone. On most echo sounders you can set the range, which is good to have control of as how effective the equipment is, can depend on the conditions. Scanning with a broad beam/cone is best for detecting fish, and then adjusting the setting to a narrower beam/cone will show more precisely where the fish are, even though you are now scanning a smaller area.

If you want to try to determine the size of a fish by using an echo sounder, you need to think vertically instead of horizontally. The fish will be displayed as an arch on the screen, but a long arch probably means that fish is within the cone and it is pretty motionless, but does not tell you anything about how long it is. If, on the other hand, the line is thick, this is probably a larger fish.

If you learn how to process the raw data that the echo sounder displays on the screen, such as lines, arches and scrolling, you will gradually become better at finding more rewarding areas and the fish you are looking to catch.

Do you need advice on choosing an echo sounder? 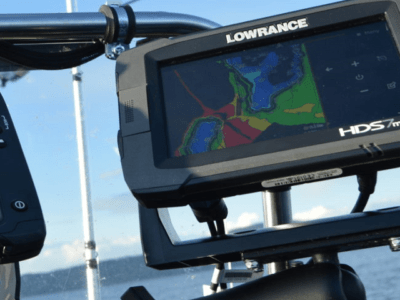 Which echo sounder is best for you

Our guide to different types of echo sounder and their associated advantages.

Spinning is a popular form of fishing for sport, with numerous variations. 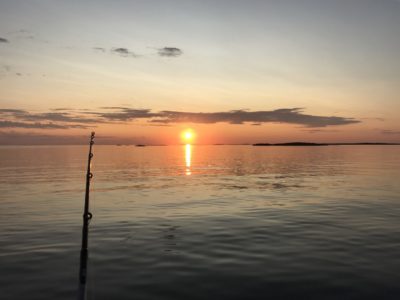 Both the boat and equipment are important for a good trolling outing.